By Jennifer Lentfer, Director of Communications

That argument is this: the ends justify the means.

However, Mzezewa does not disagree with the various criticisms leveled against the video, that:

Today in NPR Goats and Soda, and the week prior, I was quoted in a Guardian UK article about the same video being nominated for this year’s Radi-Aid “most offensive” campaign award:

It is not surprising,” said Lentfer. “Pity and shame are easy emotional levers to pull. They are proved to bring in the dollars. It’s a transactional way of looking at viewers and readers, to say, ‘I just want your money.’

Mzezewa argues that in the widespread criticism or shaming of the video is harmful. In essence, she writes that we need well-produced videos, featuring celebrities, to raise the money. Here’s my reaction:

1) Reinforcing narrative frames that center whiteness and wealth is dangerous, irresponsible, and unacceptable.

Readers and viewers in the U.S. have a greater expectation than ever for people to speak for themselves. This matters because this is how stereotypes, generalizations, victimization, exploitation, and heroism are exposed, challenged, and healed. Africans and people in the Global South have been calling for the white savior narrative/industrial complex, and bridge characters to be retired for eons.

Communicators’ jobs are to create opportunities for people to connect with universality of the human experience, not the celebrity experience. Yes, people may identify emotionally with Ed Sheeran’s experience. In the hands of a skilled filmmaker (preferably a Liberian), they could have identified with the children directly. A skilled filmmaker can also help harness the power of celebrity in a way that centers people and the issues as they define them.

The world will look very different when we are able to look at it through the eyes of others, rather than only our own lenses.

The U.S. public is inundated with individualistic, “how you can help/make a difference” stories. Ensuring the public understands the root causes of why those children were sleeping on the beach in Liberia, as well as their and perhaps more importantly their governments’ role in the historic, systemic, and structural realities of global inequality requires international organizations to go beyond traditional notions of charity. (Moreover, do everyday people know about how only a fraction of resources the humanitarian aid system actually gets to grassroots organizations?!) According to the recent Giving USA report, more people than ever gave charitable donations in the US in 2016 (around $390 Billion, the highest ever). Yet 2016 also saw continued racial and economic inequality in the US and world over.

I’m here at Thousand Currents to gather and work with people who are dismantling the structures that perpetuate inequality, racism, marginalization, and injustice. Yes, it takes money do this. Lasting, transformative social change also takes grassroots leadership, community organizing, volunteer hours, committed allies people showing up, pressure on power structures/holders, systems analysis, etc. Before I joined Thousand Currents, I worked with over 300 organizations in east and southern Africa focused on children’s rights. I can tell you that this is what helps kids like J.D.

3) It’s time to stop interacting with audiences in a transactional way. 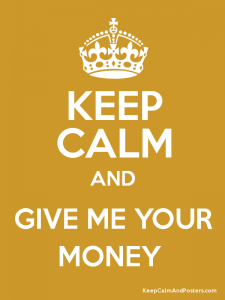 After watching Ed Sheeran’s video, people want to immediately “do something.” International NGOs offer a ready-made click to assuage that sadness, pity, guilt, or shame. We have an opportunity to persuade, influence, motivate, and educate. But instead, potential donors are coddled and/or prodded, e.g. read/watch this and give us money, rather than involving them as part of a greater collective effort.

Thousand Currents operates from the knowledge that more than ever before, globally-engaged citizens are looking for effective ways to affect change in a rapidly-changing world. Yes, our community is also asked to “click,” but more importantly they are invited to reflect on deeply-rooted and connected issues. Our donors are not just wallet holders. They are people who have their own capacity to learn from their experience, and from others, in order to do better next time. Let’s join together to build narratives and share stories from a space of what it means to build thriving communities and families – around the world and in our backyards.

Our 30+ years at Thousand Currents have taught us that grassroots leaders are the innovators, thought leaders, currents of change on all continents. They teach us what it means to lose, mourn, and then organize in new powerful forms to win for food sovereignty, a new economy, and climate justice. They teach us that we must cultivate more joy for the struggle ahead.

That’s why for Thousand Currents fundraising, or in our framework donor organizing, cannot be the be all end all. Our mandate as communicators is to help reimagine the world and support those who are holding the powerful to account. Our mandate is to challenge the individualism and isolation that keeps us separate.

That is, paying attention to the all-important means that will usher in the glorious horizon.

Telling truer stories of how we change the world

How NOT to handle bad press: Thoughts on “crisis communications” in a new global aid paradigm

Does Thousand Currents “walk the talk”?

The Fuel to Do More: A Donor’s Perspective

What can an artist-in-residence program do for your nonprofit?

What is donor organizing, anyway?