A conversation with Nonhle Mbuthuma

Over the last 20 years, southern Africa has seen a marked growth of extractive industries under the guise of development. Numerous community groups have been protesting against their lands being stripped of their natural resources and people being displaced from their homes to make room for mining operations – but governments continue to justify the presence of extractive industries by stating that foreign direct investment will lead to jobs for communities, which they say will then grow national economies.  “Extractivism was the hallmark of colonialism and has continued unabated over centuries in Southern Africa. In the last two decades, extractivism has increased in scope and intensity with the discovery of new minerals…and the intensification of mono-cultivation across the continent, often on the back of large scale acquisitions.”

Who is the Amadiba Crisis Committee?

Nonhle: The Amadiba Crisis Committee is a committee that represents the interests of the poor and the vulnerable communities around Amadiba. It was formed in 2007 with an interest in making sure that the voices of the voiceless are being heard.

What is the Amadiba Crisis Committee vision for transformative change?

Nonhle: The vision of the Amadiba Crisis Committee is to see that every citizen and every community is actively participating in processes of development. This is the vision – to ensure that the communities are part and parcel of what is happening, to ensure an end to decisions being made behind the backs of communities. We want to make sure that the people are aware of what the laws of South Africa are and we want to make sure that the laws work for the people. Our vision is for people-centered development that is going to sustain the lives of our communities —  and not just the elite.

What are some of the biggest challenges standing in the way of that?

Nonhle: Change is not an easy thing. For example – there are some good laws in South Africa that if implemented properly could serve the people. In these cases the complication comes when laws are not implemented properly. When this happens, the Amadiba Crisis Committee challenges these implementation processes. In cases where these processes are linked to development we’re also often termed as being “anti-development,” and this is not true. We are pushing for laws that are there to protect communities to stop being put in the cupboard, to stop being ignored and hidden. This is important because when laws which are there to act as a protective mechanism for our communities are not being used, then it allows for corporations to take advantage of our communities. In terms of challenges, it is not only that there are laws which could protect the interests of the community — which are not being used — there is also the threat of intimidation, which is a big challenge for the Amadiba Crises Committee. When you do the kind of work that we do, you are blocking the way for big corporations and other people to loot whatever our communities have. The work we do threatens the State because they are pushing the agenda of big corporations. In response to our work the State, and big corporations, put a lot of pressure on our communities. They make threats against us and make our lives so difficult. When people are being intimidated, when people are being assassinated — it makes the voice of the voiceless even more voiceless. That is why we are pushing for our voices to not be put in the cupboard, we want to make sure that our voices are heard. We are fighting for the right cause no matter how difficult it is. The other challenge we face is the tactic of divide and rule. It is a challenge when you see how a community that used to be united is now being divided. It makes it very difficult to implement the vision when some in your community have already been bought. Especially for us as we live on communal land with traditional leaders. They [State officials and corporations] co-opt traditional leaders to pave the way for the development plans they want to implement. All of this makes it difficult for us to achieve our vision.

What does solidarity look like for Amadiba Crisis Committee?

Nonhle: Solidarity to us means that we’re being supported to build what we want to build.  Some people think that solidarity is about taking over somebody’s struggle, but this is not true. Solidarity to us is supporting people on the frontlines to build what they want to build. When you are fighting for change you cannot fight alone, you need to learn from other people. Solidarity can’t be about pushing your own agenda. As the Amadiba Crisis Committee, we’re often caught in the middle of people’s agendas — and this makes it hard to trust support from outside. It has been the case before that people have come and said they support us when they are also working with the corporations we’re fighting against. They use solidarity as a shield to hide what they really want. Solidarity is not about imposing your own agenda, it is about supporting communities to achieve their vision, what they want to build. [1] Everjoice Win, Between Jesus, the Generals and the Invisibles, October 2013 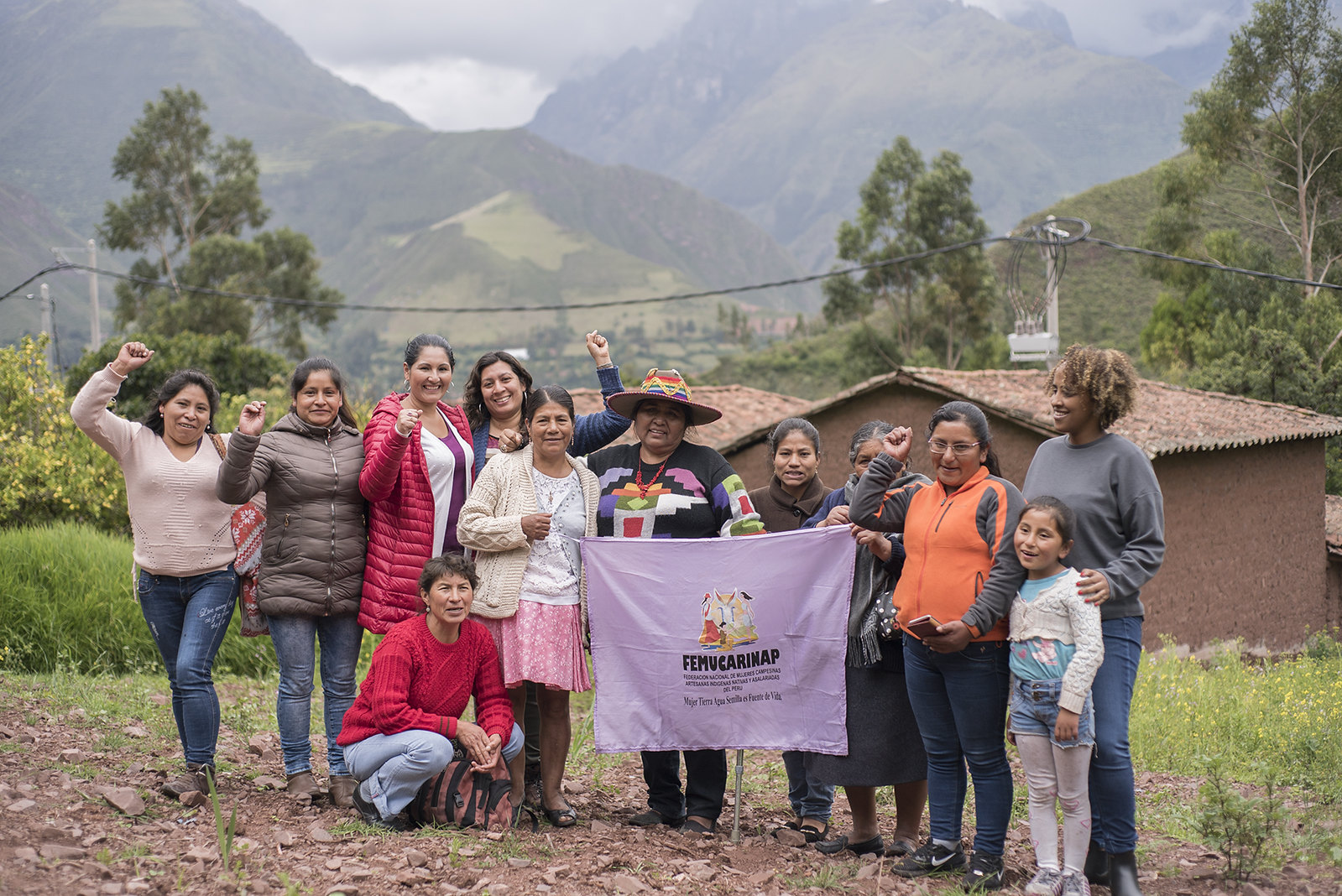 We are more committed than ever to stand firmly by our partners.
View all Stories
Twitter
Facebook
LinkedIn
Email