This blog by Thousand Currents Executive Director, Solomé Lemma, is a longer version of an article by the same title that appeared in the March 2019 issue of Alliance Magazine, which is focused on systems change and philanthropy.

Amidst Guatemala’s civil war, a small group women in Santiago Sacatepéquez came together in 1988 to address chronic malnutrition and the lack of educational opportunities among children and women. A few years later, the Asociación Femenina para el Desarrollo de Sacatepéquez (AFEDES), then developed a robust microcredit, savings and loans, financial management, and income-generating skills building program.

Fast forward to June 2016, AFEDES members are among a thousand women who descended on the steps of the Guatemala Constitutional (Supreme) Court. They were there in support of a case brought by the Movimiento Nacional de Tejedoras that would hold the Guatemalan government accountable for preventing global fashion companies from stealing Mayan textile designs.

A small community group of women from rural Guatemala evolved to ignite a nation-wide movement, about to set an international legal precedent for Indigenous Peoples’ collective intellectual property around the world. How can funders accompany peoples’ journeys towards self-determination and collective power to affect systems change? As a long-time funder of AFEDES and other grassroots organizations and movements around the world, we offer four insights from our journey with them.

Systems change is nonlinear, often unpredictable, and requires efforts at multiple levels. In order to accompany our partners responsibly through many cycles of change, we provide long-term support that follows mutually established goals and outcomes as opposed to an artificial timeframe. We began supporting AFEDES in 2005. This long-term approach enables us to build trusting and respectful relationships that extend beyond the time-bound transactions of resources and results.

Our partners take on big corporations to keep their communities safe from environmental hazards. They build women-owned cooperatives that hold millions of dollars in assets. They save local seeds and promote indigenous farming practices to sustain people and the land. All are long-term endeavors that defy strict project timelines.

Our role as the funders of AFEDES is also to invest (without any strings or restrictions) in their vision and their evolution. Long-term social transformation presents many trials and obstacles to our grantees. Funders shouldn’t present even more. Over the course of Thousand Currents’ partnership with them, the women of AFEDES deepened their own political and social analysis. They concluded that women’s oppression could not be solved by credit or even economic power. They shifted their primary goal from increased income to zero in on Utz ‘K’aslemal (Buen Vivir, or life in fullness or, good living) for their families, their communities, and all of the living world. This process of deepening the understanding of the wisdom of their ancestry meant their analysis also widened to include issues of ethnicity and indigeneity, food sovereignty, disability – intersectionality lived and spread through person-to-person community organizing.

Giving money and getting out of the way is a radical departure from traditional philanthropy, where project budgets dictate almost all parts of a partnership. Knowing that the people closest to the problems have the most important insights about solutions is an approach that many more foundations can and should embrace as they get serious about affecting systems change.

View your grantees within the context of movement ecosystems.

At Thousand Currents, we consider that our partners are part of movement ecosystems, which include and gather more and more individual citizens, campaigners, formal and informal groups, policy analysts, civil society organizations, media makers, etc. – taking coordinated steps. As part of larger national, regional, and international community-led movements, our partners build momentum in response to specific needs or social conditions and are accountable to the communities that comprise them. They are focused not just on their communities’ needs, but on moving systems, structures, and institutions towards justice and equity for all people.

Just as much as they may include joint efforts on policy advocacy, narrative shift, and most importantly community organizing or mobilizing popular support, movements are phenomena. Sometimes, however, they are standalone efforts working to push a new or excluded agenda forward.

Get uncomfortable and never stop learning.

Funders who want to affect systems change will do well to recognize that movements vary greatly around the world, as the context and the people determine the structure and strategies within each movement. They are made up of ideas and actions for social transformation that are fluid, complex, responsive, and dynamic, which is what makes traditional project funding mechanisms so ill-fitted to systems change.

For a 30+ year-old organization to shift its approach from first funding short-term projects, then organizations, and now movements, much humility was and is required. Thousand Currents has made mistakes and missteps, but an ever-deepening commitment to continual, reciprocal learning means our grantees have become and remain our teachers. Ultimately, our grantmaking and support strategies are dictated by what our partners have identified as their needs.

Thousand Currents is not a movement builder. To affect systems and deepen our own analysis, Thousand Currents intentionally builds diversified grantmaking portfolios that represent movement actors of many types, sizes, and strategies, as well as existing capacities, so that we can keep learning about how to support movements without imposing our ideas on them. By focusing on building relationships of mutual trust and mutual accountability, we can build our capacity to walk with movements, and then share insights from our partners to inform wider philanthropic practices.

When it comes to moving with movements to affect systems change, we as funders don’t have to know everything. But we do have to be willing to change ourselves. 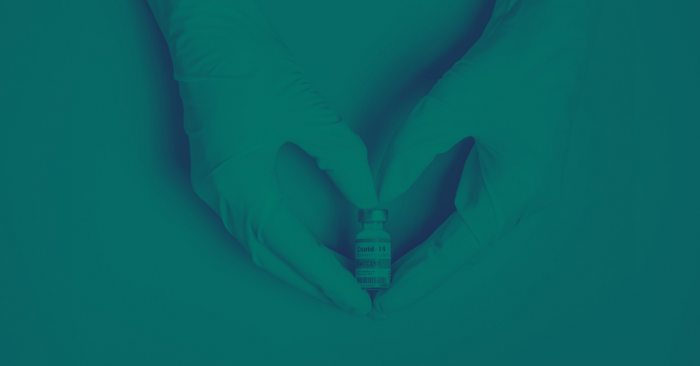